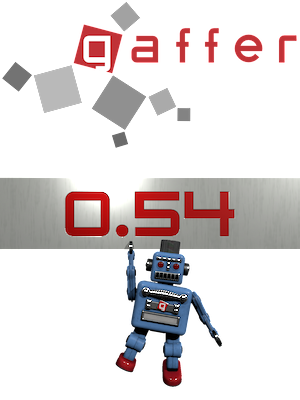 Another summer update, and another major release!

This latest update brings a medley of interface features, changes, and improvements to make the main Gaffer application that much friendlier to use. The most prominent changes are to the interface itself, which has received a visual overhaul, the addition of drag-and-dock tabs and multi-window layouts, different editor following states, and the new UV Inspector. A flexible window and tab system has been one of the most requested interface enhancements for a few years now, and we’re very proud to have finally brought it to fruition.

On the node side of things, we’ve made notable improvements to the way you interact with OSLObject and OSLImage nodes. We’ve also added a few new nodes into the mix, such as the Arnold LightBlocker node.

As with our last major release, there are some breaking changes with older scripts that you should check up on, as well as some new articles for your perusal and edification in the documentation.

The changelogs for this release are here and here, but they are very long reads, in full. To save you some time, we’ve provided a summary of the most important changes below.